A Race for Action 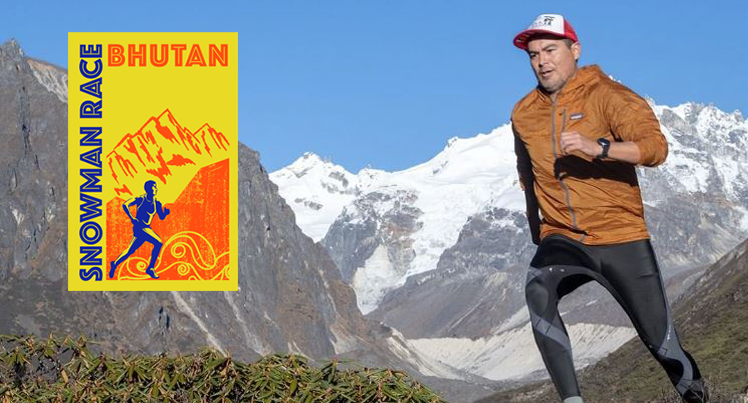 A Race for Action

An ultra-marathon is an intense, long-distance foot race that spans beyond that of a typical marathon with some events reaching an excess of 100 miles. It’s not something often attempted by the “common man,” but that is exactly how endurance runner Gabe Garcia describes himself.

In just a week’s time, Gabe will travel to the central Asian country of Bhutan to participate in the inaugural run of the Snowman Race. Following the historic route of the country’s staggering Snowman Trek, this ultra-marathon of unseen proportions will stand as one of the world’s toughest, high-altitude events covering a grueling 138 miles through rural Himalayan terrain and reaching a peak elevation of 17,946 feet. Launched by the Kingdom of Bhutan to promote awareness of the need for climate action, Gabe and 29 other elite athletes from around the world will spend five days competing in this invitation-only event to push the limits of endurance and promote the mission of conservation.

We sat down with Gabe to talk about his upcoming trip and learn about the intense training he’s undergone in preparation for this awe-inspiring experience.

Gabe is the Chief Financial Officer at Morris & Garritano and has been an integral part of our leadership team here since 2010. When he isn’t crunching numbers, he can be found spending time with his family or out on a trail. An avid runner, Gabe is no stranger to marathons or even ultra-marathons and has completed dozens of events including the Boston Marathon and other notable races.

He explains he was “bitten by the bug” young and began running in his 20s as a way of relief from the work desk. Gabe laughs when asked about his first marathon. “Well,” he begins, “It was the LA Marathon, but I wasn’t an official participant…” He explains with a remembering smile jumping in “bandit” after feeling compelled by the energy of the event. “I was overwhelmed by the vibe; it was such a cool energy,” he recalls. Soon after, he signed up (officially, this time) for the New York Marathon.

Gabe’s love for the sport is inspiring. His joy is found in the culmination of hard work and dedicated training leading him now to his most epic challenge of all. While many of the elite participants are journeying to Bhutan to compete for fastest time or a place on the podium, Gabe is proud to race on behalf of the “common man,” running for passion and support of the event’s mission rather than personal stats.

Preparing for a marathon above the clouds

Discussing his rigorous training and preparations, he’s cool and collected, as though to him this is just another race. But the preparation for an event of this caliber is unlike anything else, requiring a precise set of skills and equipment to train. One particular challenge of the Snowman Race is its sheer altitude.

Gabe motions across the room to a large machine akin to an air purifier or other appliance. Attached is a long hose with a wearable mask. It is an altitude training machine designed to simulate the lower oxygen density found at extreme elevations and force the body to pre-acclimatize by adapting to a more effective use and distribution of oxygen.

“I’ll use this for an hour each day when I don’t have any meetings to practice daily intermittent hypoxic breath training,” he says. During this time, the simulated elevation will put a calculated strain on his lungs to build the necessary endurance the rugged Himalayan trail will demand. He describes another machine he has at home used to simulate sleeping at a high altitude in preparation for his week above the clouds.

Five days in the Bhutanese Himalayas

Spreading from the Bhutanese high-mountain towns of Gasa Dzong to Kurjey Lhakhang, the course will run through several remote villages that, aside from some limited helicopter landing areas cleared for emergency access, are only accessible by footpath. Much of the landscape is completely unreachable by vehicles leading many of the area’s inhabitants to live an otherworldly existence, relying solely on pack animals for transportation.

It’s in this wilderness that Gabe and the other athletes will run for five days straight with four night stops in between. Mile markers set their pace through the remote terrain with base camps and supplies packed in on donkey-back for the runners to rest at each base camp.

“The first night halt is about 25 miles in,” he explains. A full marathon’s distance. The second day is a grueling 28 miles, and so on to the end. All the runners will depart from camp at the same time each morning and race to the next night halt. “Everyone starts at six in the morning,” Gabe states, with faster runners getting more time to rest before the next day’s early start. “So that’s a big motivator, to get to the camp and rest as long as you can before the next day.”

With several required items such as a sleeping bag, headlamp, warm clothing, and basic provisions, Gabe expects to carry 14 pounds or so of gear in his pack, noting carefully that every ounce will add up quickly. Thinking strategically, he considers whether he’ll pack a larger water bladder or a smaller soft flask with a filter and plan to drink from the glacial runoffs around him along the trail.

As the sun sets each day and the runners fight fatigue, the mental toughness of the athletes’ endurance will be put to the test.

Originally set to take place in October 2020, the Snowman Race was deferred several times due to the enduring uncertainty of the pandemic making training difficult to plan and testing the psychological resilience of the competitors. Gabe notes how the letdown of the numerous race cancelations or delays of the past two years took a toll on his perseverance to keep training up at such a high level.

“This last year has been the hardest year to feel motivated to train,” Gabe explains. “As much as physical training, I mentally needed just as much.” He reflects on the difficulties of the ups and downs of training, not knowing at times even if the race would even be held at all. With the Snowman Race now just days away, Gabe is at the peak of his rigid preparation plan, putting in extra effort to train even harder and sharpen his focus. He’s running as many as 75 miles each week, completing nearly a marathon’s length on Fridays and Saturdays. Additionally, incorporates calculated strength training into his schedule to build muscle in preparation for the trail’s steep climbs.

Gabe boasts an impressive portfolio of completed races including two other 100-mile races, several 100k and 50-miles races, and nearly a dozen 50k runs. The highest elevation among these was a 100K through Zion National Park in Utah climbing as high as 5,500 ft above sea level, still more than 12,000ft below what the astonishing Snowman Race will peak at.

When preparing for long endurance races such as these, Gabe notes his training to be as tough mentally as it is physically. He explains that a strong sense of purpose and intent can be the driving force behind the consistency of training and through the toughest moments of the race, especially in a multi-day ultra-marathon. Sharp, focused discipline is a runner’s greatest asset.

“No one’s efforts are too small to be significant.”

For extreme events like the Snowman Race, only a limited number of the most equipped and proven athletes are invited to participate. “They went out to the best runners they could find and asked them to apply,” Gabe explains, proud to be listed among the few.

Initially, Gabe wasn’t planning on or expecting to be invited as a participant in the Snowman Race. Acquainted from previous events, he’d gone to Bhutan back in 2019 with the race director to help plan the route. “I just saw his Facebook post saying, ‘I’m going to Bhutan. Anyone want to come with me?’ and I said, ‘Sure!’” he says with a grin. After that trip, Gabe was scheduled to be involved with the race as an assistant to the Race Director. Later, during the race’s selection process, Gabe made the case for his participation as a runner rather than on the production side.

He noticed that in great campaigns for public action, the biggest players are often given all the spotlight, with a shadow cast over the humble efforts of the remaining majority. “There are the elites of the world,” he explains, “Whether you’re talking entire countries, corporations, or powerful individuals that can do a big part in taking world-changing action. But there are 7.5 billion or so others who shouldn’t be discounted.” He continues by saying, “When it comes to affecting change, 7.5 billion baby steps can do more than one big step.”

As the Snowman stands to raise awareness for climate action, Gabe recognized this effort isn’t accomplished by the strongest few, but by the collective efforts of the everyday people committed to making small, daily decisions contributing to the bigger picture of shared success.

“When facing these great challenges, there needs to be representation for the common man because we can all take meaningful action right where we’re at,” Gabe asserts. There’s a sincerity that fills the room with an inspiring energy. “No one’s efforts are too small to be significant.”

Gabe carries this ideology into his training, explaining that one shouldn’t be discouraged from doing their best just because there’s someone else who can appear to do more. With that inspiring message and passionate zeal, he was invited to the Snowman as the 21st international runner.

Competing in a race of this caliber, the lineup of runners is admittedly intimidating. While in the highest echelon of global athletes, Gabe recognizes that his objectives are based on mission rather than metrics. He speaks candidly about not letting the impressive athletic resumes of the other runners disallow him from having his place among the ranks. “A lot of times,” he says, “We get so stuck in our thought process feeling like we’re not enough because there are way bigger players out there.” He refutes this mindset encouraging that every little decision and contribution we can make matters.

“The message I’m trying to teach,” Gabe says, thinking about his own kids and the lesson he wants to instill in them, “Is that you don’t have to be the best at something to be significant. If you commit to working hard and keeping at it, you can accomplish anything. Little steps matter. I tell them, ‘Garcia’s don’t quit!’” He pauses for a moment before continuing with a laugh, “But also, my kids think I’m crazy when I choose to go out running for eight or more hours a day.”

In total, the Snowman Race runners will spend three weeks in Bhutan together, the first of which will be spent acclimatizing to the time zone and elevation while enjoying some cultural sightseeing in the country’s magnificent cities and alpine regions. After the race, Gabe looks forward to spending more time with his family.

“This will be the peak for me,” he says about the Snowman Race. And at nearly 18,000 feet in elevation, we’d agree, a peak indeed. 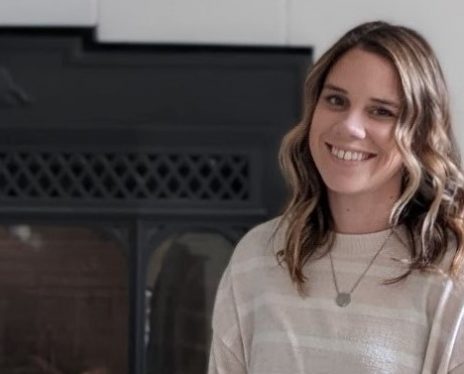 Jennifer Fultz occupies a unique position supporting a crucial part of our mission: developing & engaging our teams. Learn more about her story. 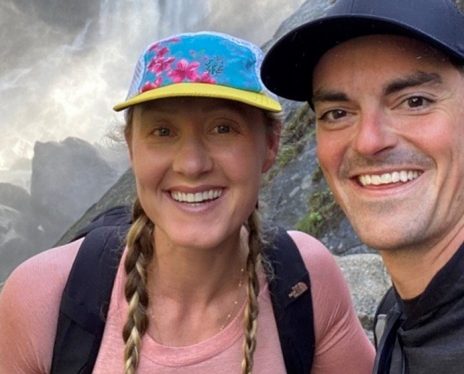 Weston DeFrisco has found leadership in a role that both satisfies his goals and utilizes his greatest strengths. Learn more about his story. 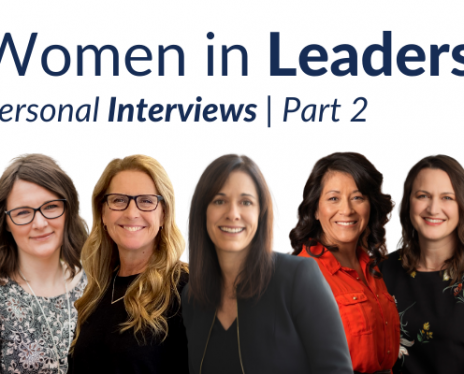 Sitting Down with the Women of M&G’s Senior Leadership Team, Part 2
Read Story
Publications Prev Next 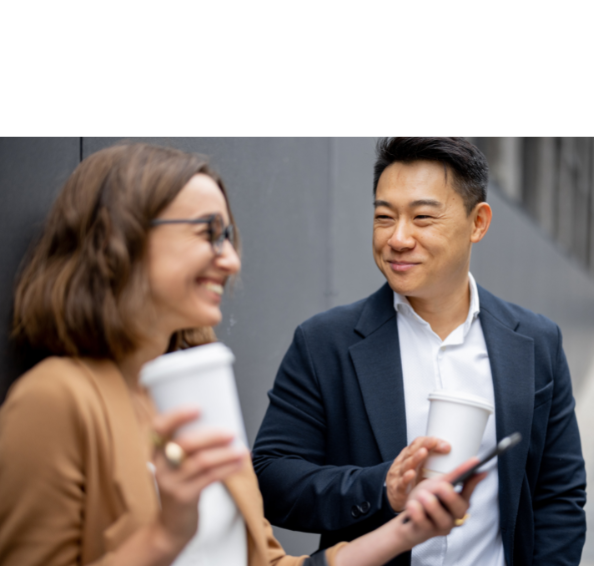 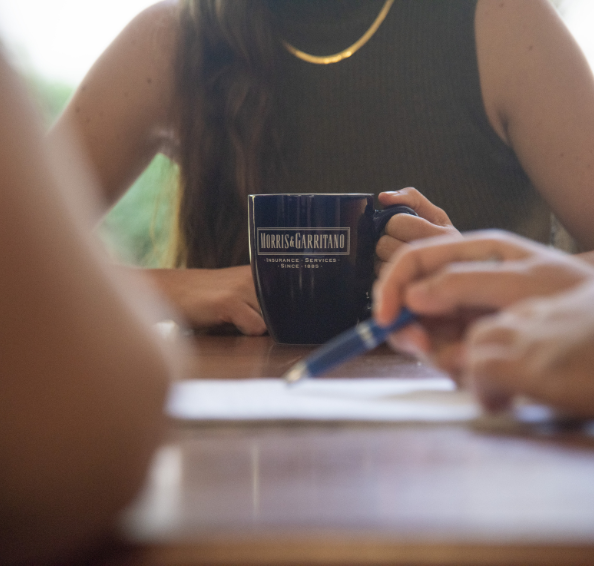 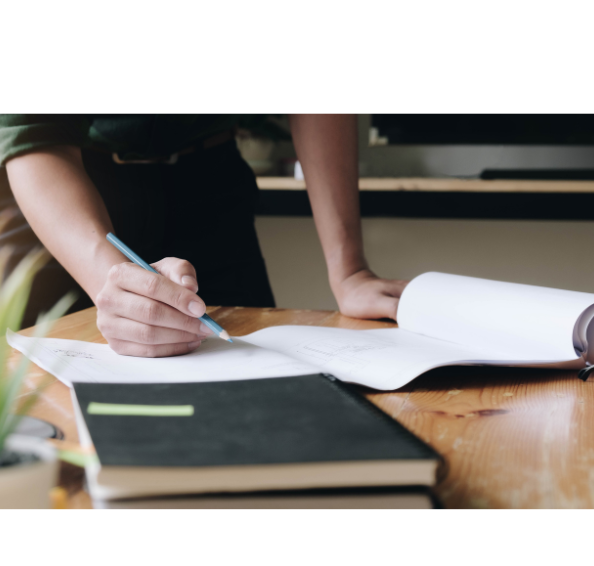 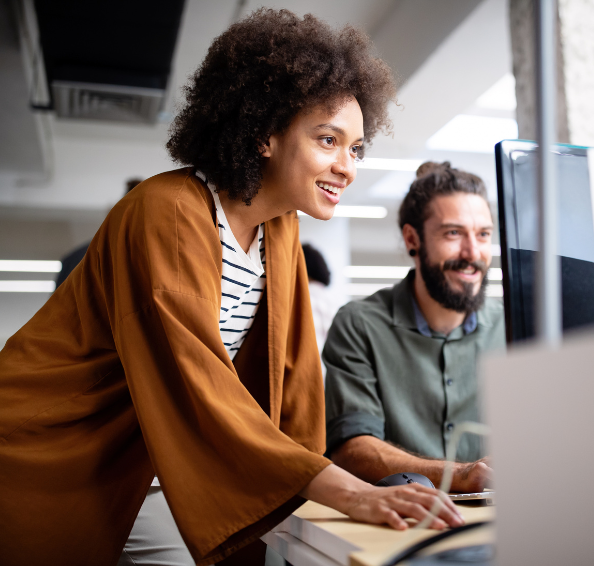 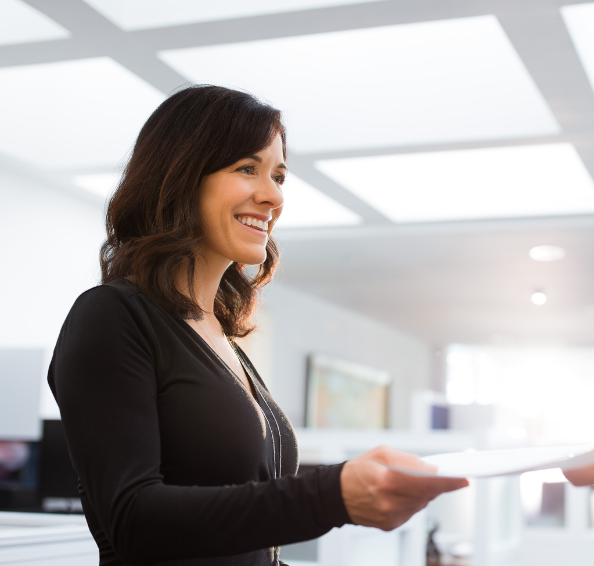